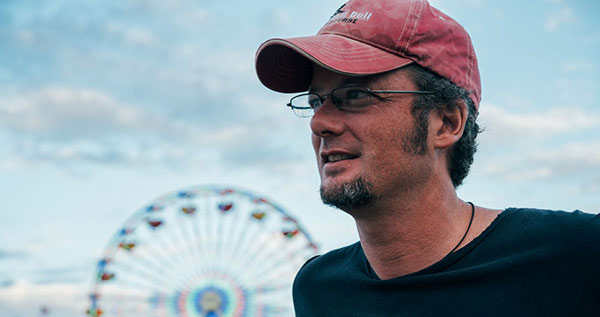 Erik Hutchins has worked for such legends as Steven Spielberg and Jean-Michel Cousteau. With a Bachelors of Fine Arts in Television/Radio, Hutchins’ mentors included Martin Jurow (Breakfast At Tiffany’s, The Pink Panther) and Bob Banner (Solid Gold, Star Search) and has worked with Dan Rather, Jim Lehrer and Bill Moyers.

Also during this time Hutchins was awarded first place prize in the Christopher Foundation Competition for Best Short Film in the nation.

Hutchins soon launched his own production company which contracted with The National Park Service and NOAA to produce an environmental documentary series on Florida, called Waterways. In ten years Hutchins wrote and directed over seventy-five, half-hour documentaries about conservation issues in Florida with a weekly audience of 3-4 millions people. In 2003 Hutchins expanded his production company into Park City, Utah with the creation of the Park City Info Channel, a local tourist channel carried on Comcast basic cable. Hutchins was soon recognized as one of the youngest cable television channel owners in the history of the industry. In 2009 Hutchins embarked on another adventure which is currently being featured on Netflix. In A Field Full of Secrets, Hutchins teamed up with a former classmate to explore the phenomenon of crop circles over ten weeks of filming in England. Hutchins newest passion is the creation of the television show, UTopia, which will feature conservation issues and recreation opportunities in the state of Utah.